You are here: Home › About › Calena 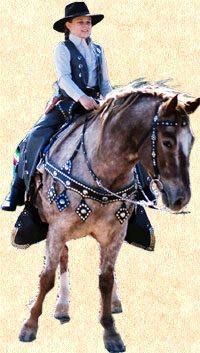 Calena was born in ’95 back in the Midwest. At five months old she was brought out to cowboy country by her Ma and Pa. Now, her Pa is Pioneer Pepper, and as far back as she can remember, Pa was singin’ and pickin’ them old cowboy favorites. Maybe that’s why she’s picked up the guitar and started strummin’ them old tunes with him.

Calena actually started the piano when she was only 2 years old. She has since added singing and the guitar to her lists of talents. She wants to get into rope twirling as well, so we should watch for that on stage in the future. She has had dance training and some acting parts over the years, which kind of rounds out her on stage quality. But, Calena has a natural gift on stage (and off stage). Her smile, her dimples, and her comical antics reach out past the stage lights and seems to be a favorite of the thousands upon thousands of people she has performed for.

Calena, with her older sister, Cassandra has had the opportunity to perform for the “Little House on the Prairie” TV show reunion at the Western Film Festival, filmed with the BBC-TV for the TV series “Only in America”, and has become one of the official town balladeers of the fastest growing city in the USA, Gilbert, AZ. 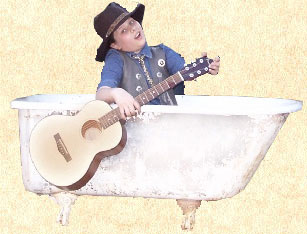 She started singing with The Sunset Pioneers back in 2000 and added her guitar to the act in 2005. Pioneer Pepper (her Pa) tells people that he is the “most blessed Pa in the world” by being able to have his “little girls” entertaining by his side on stage.

Calena’s magnetic personality will surely reach out and grab you when you see her on stage with The Sunset Pioneers.