PERSONALITIES OF THE YEAR!

“WHAT AN HONOR!“ Well isn’t this something? I never would have dreamed that we could have been chosen by the Arizona Republic newspaper as Top Personalities of 2005. I didn’t know anything about this until Doc Bellows called me and said to look on the front page of the newspaper. I must have read it over a dozen times while drinking my morning coffee. We have been truly blessed in 2005. I am so proud of The Sunset Pioneers and their accomplishments. What a year! I want to thank the Arizona Republic for giving us this honor, reporter Chris Ramirez for writing such great articles about us, and to all our fans and supporters, for it is each and every one of you that ride along with us on The Sunset Pioneers Trail that make all of this possible. THANK YOU!

Here is the article from the Arizona Republic, December 31st 2005.
Staff writers Cary Aspinwall, Jim Fickess, Chris Ramirez, David Van den Berg, and Mike Walbert contributed to this report.
TAKE A LOOK WHO STANDS OUT IN A CROWD
European ambassadors

Europe digs Pioneer Pepper and the Sunset Pioneers. The Higley cowboy music band was a hit on its August tour of Austria. While there, their riffs also caught the ear of a British Broadcasting Corp. film crew. The BBC featured the band, which was appointed the official balladeers of Gilbert in a documentary. The band also played in Tombstone as part of a TV reunion of the cast of Little House on the Prairie.

Here is a write up about the write up!

Pioneer Pepper & The Sunset Pioneers have been given a notch on their gun belts, for being chosen as “Top Personalities of 2005” by the Arizona Republic newspaper. In the Saturday December 31st 2005 edition, The Sunset Pioneers were in great company with 5 others, that were also chosen as Top Personalities of 2005. Pioneer Pepper was stunned when he heard the news of being chosen. “We have been so blessed in 2005, and then to end the year with such an honor…I am just overwhelmed!” he stated. The members of The Sunset Pioneers were equally excited to have been chosen. Smiles ran from ear to ear when they learned the news! Gratitude was immediately expressed by Pioneer Pepper to the Arizona Repulic and to each and every one of the supporters and fans, that made the 2005 trail such a memorable one. 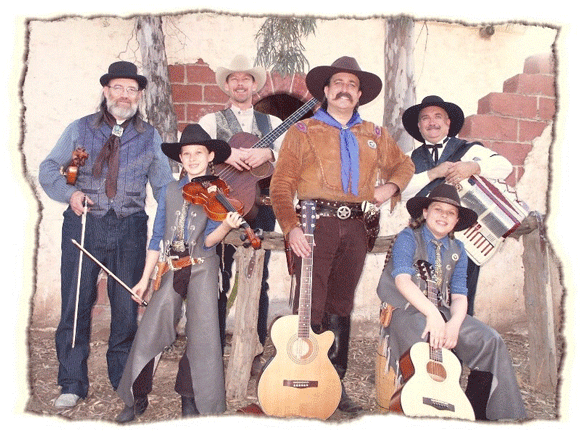