You are here: Home › About › Sunset Pioneers 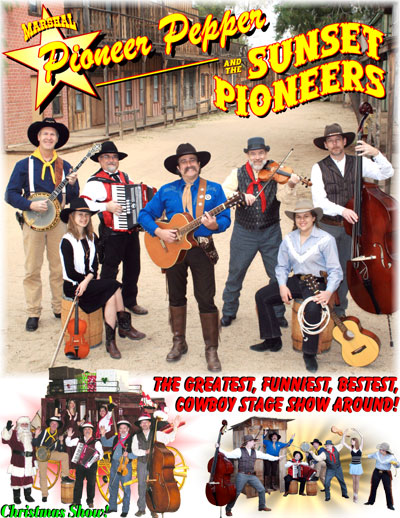 Since the formation in 1996, the Sunset Pioneers have racked up quite a resume of shows. They have performed around the world. From Austria to Las Vegas and Laughlin, Nevada. They have opened for country music great Mel Tillis, shared the stage with Johnny Western, Marty Robbins son Ronnie, Melissa Gilbert, John Mitchum, Buck Taylor, and have appeared on countless TV and radio shows and are regular featured artists of the Midwest Country TV Show on RFD-TV. They haved performed at the “Little House On The Prairie“ TV reunion and filmed with the BBC-TV for the TV series “Only in America“. The Sunset Pioneers are proud to be named Fender Artists, have the esteemed honor to be the official town balladeers of the fastest growing city in the USA, Gilbert Arizona, and were chosen as “Top Personalities of the Year“ by the Arizona Republic Newspaper! Their album “Wagon Load Of Western Songs” has been nominated for the Album of the Year, by the Academy of Western Artists, for the esteemed Will Rogers Award and were recently featured on ESPN Monday Night Football! They perform their “Wild West Musical Stage Show” around the world, so check their schedule and mosey out to see the Greatest, Funniest, Bestest, Cowboy Stage Shows Around! 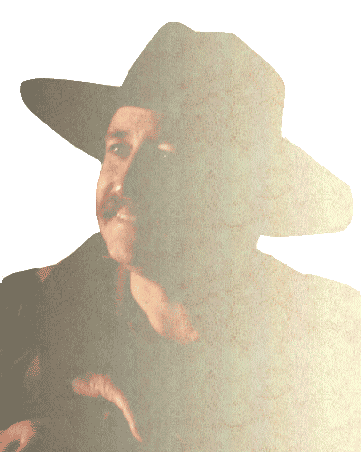 For Pioneer Pepper and the Sunset Pioneers, the key to success is not so much in finding the most popular tune, or to see which way the winds of the music market are blowing. No, it is much deeper than that. It is in cultivating the strong values embodied in the “Code Of The West”. It is in living each day with the simple principles of putting others before yourself, and putting God above all. It is in walking the walk, and talking the talk of a more genuine time, when the difference between right and wrong didn’t seem so hard to figure out, and when the cowboy epitomized everything that was good, and free, and right.

Through the songs of that great era of the silver screen and the singing cowboy, the Sunset Pioneers hope to keep that great spirit of the west alive in the minds and hearts of children of all ages. To that end, we hope you enjoy the web site, and we hope to see you real soon at one of our shows. To check ’em out just click here.