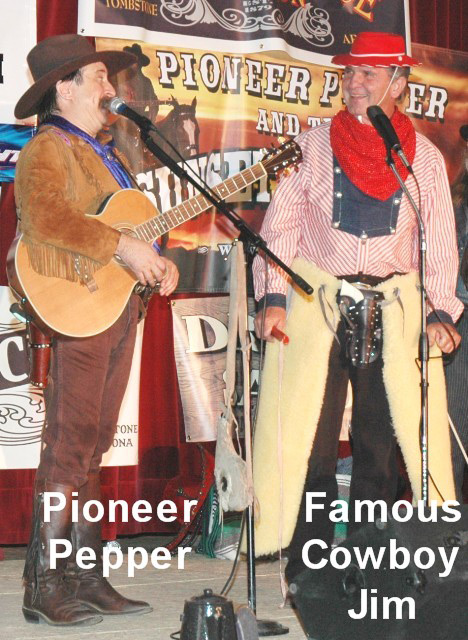 TV and film history was made in Tombstone Arizona from July 1st – July 4th 2005. It was the Western Film Festival & Symposium with the addition of the ‘Little House On The Prairie’ TV show reunion. What an incredible weekend it was! Jim Clark, who is the president of the Arizona Western Heritage Foundation, did a fantastic job of putting the whole event together. He is one of those people that just gets the job done, and done right. It sure is hard to find folks like that today. That is why I value his friendship so much. Jim and I have worked on the Western Film Festivals for the last 5 years, and of course I made him the “Famous Cowboy Jim” up on stage!

Thursday June 30th 2005 was a memorable time for me as I was asked to do a photo shoot with the beautiful Stella Stevens! It was so much fun to work with her and what an honor to have our picture with Doc Holliday splashed on the front page of the newspapers. The rest of Thursday was spent setting up the sound and lighting for all the panel discussions and film screenings at Schieffelin Hall and for the Saturday night concert of The Sunset Pioneers at the Bella Union Opera House. Danny Wright, from Arrowhead Studio, was on the production engineer team for this event and did a great job. www.arrowheadstudio.com

Friday morning came early as we headed out to Sierra Vista to promote the event on several radio stations. The interviews went great, especially since they played our CD rather than have me sing at 6am, but the highlight for me was sharing the microphone with Buck Taylor, from “Gunsmoke” & “Tombstone”, and Jim Clark. Buck Taylor has offered to paint one of our new CD covers! He is a fantastic artist and I am so proud to have him do this project for us. Go to his web site to see his work. www.bucktaylor.com

Starting the festival off was registrations in the lobby at Schieffelin Hall, and then it rode right into film screenings held inside the actual Schieffelin Hall. This hall was built in 1882 and The Sunset Pioneers has performed there several times over the last few years. It is such a great feeling to perform where so many of the famous western legends have attended. Friday night was the welcome reception hosted by Six-Gun-City. Presentations were made by Jim Clark and the mayor of Tombstone Andre DeJournett. They introduced the western movie stars and the “Little House” cast. The crowd loved seeing all the stars and a special tribute was sung by Allison Balson (Nancy Oleson). 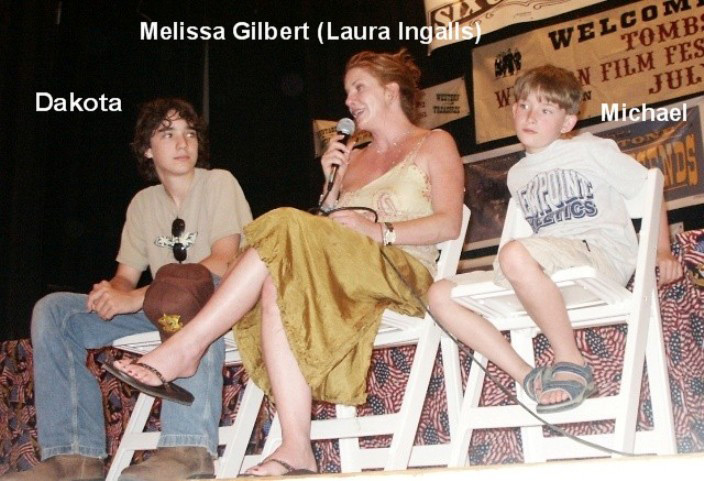 Saturday was filled with movie screenings. It was wonderful to see the old favorites. Panel discussions, moderated by the editor of the Western Clippings magazine Boyd Magers, and Melissa Gilbert (Laura Ingalls) were so much fun, and informative as well. Question and answer sessions were held throughout the day and the crowds loved the one on one interaction. Saturday night was the Guns, Gals, & Gamblers Casino Night at the Bella Union Opera House. It was a fun night all around. I emceed the evening and had loads of help from Tomahawk, Cassandra, Calena, Doc Bellows, and QuickDraw during the auction. Thank you guys. A funny moment occurred when Dean Butler Almanzo Wilder was encouredged to auction off his boots and hat. He was a great sport and raised a good chunk of change too! 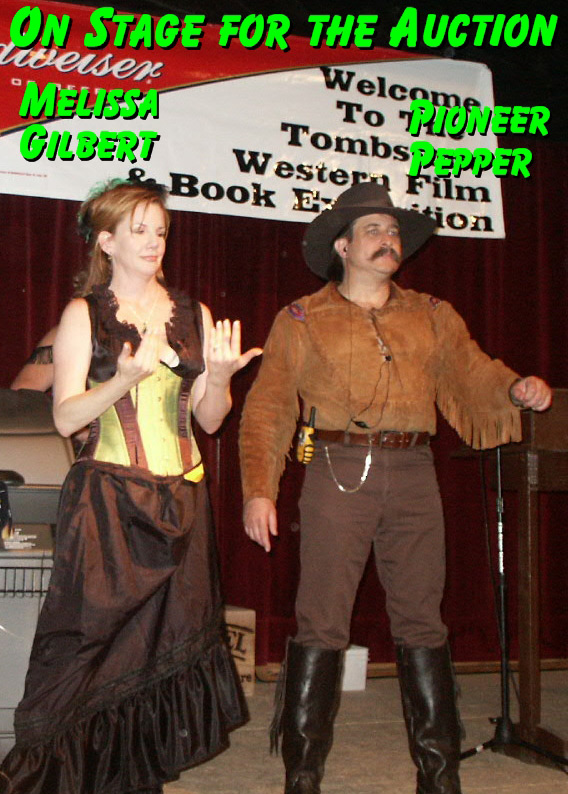 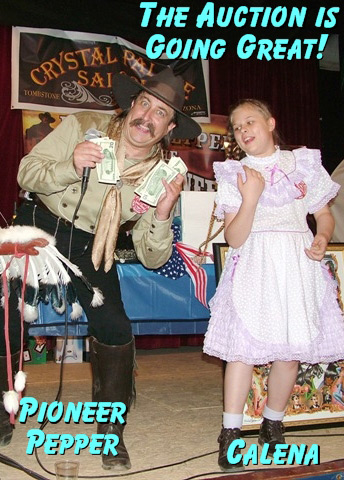 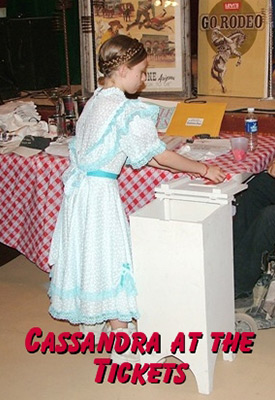 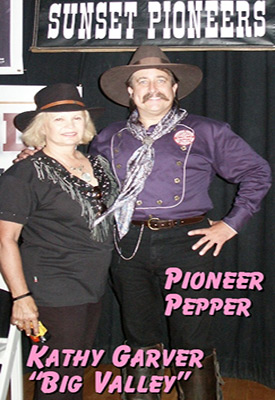 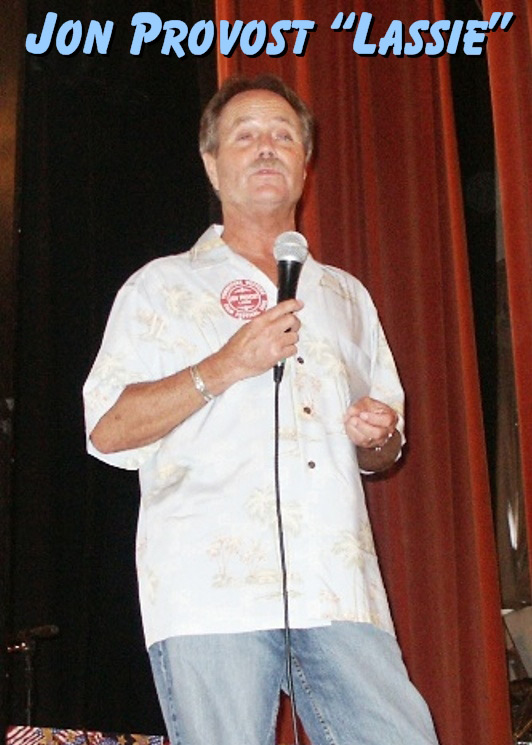 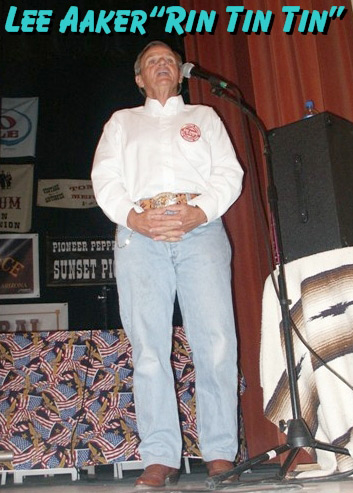 Sunday night’s concert at the Bella Union Opera House, is where The Sunset Pioneers really shined. It was a sold out standing room only show! And what a show it was! The audience was star studded, and filled with some of the greatest and most enthusiastic fans we have ever performed to. 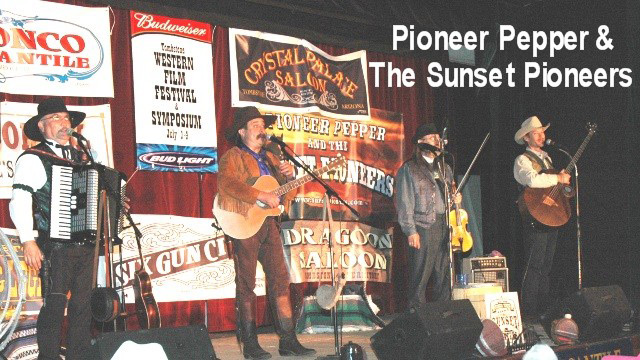 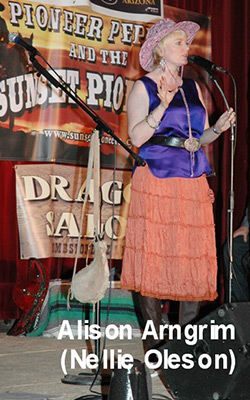 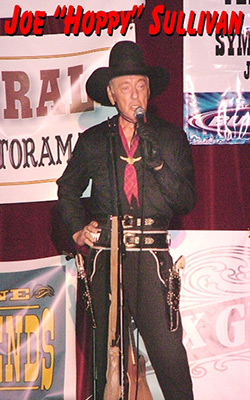 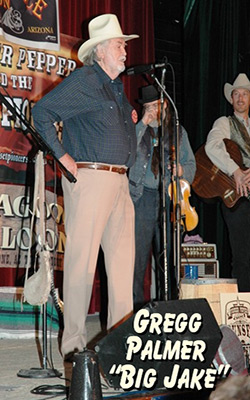 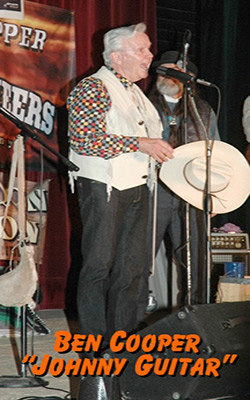 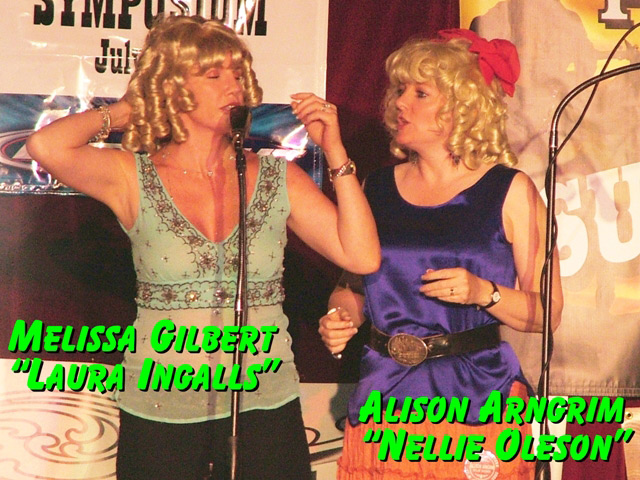 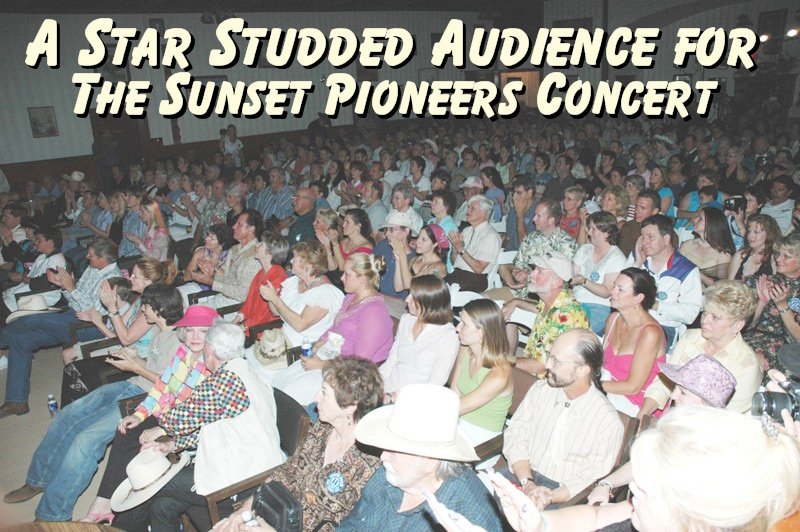 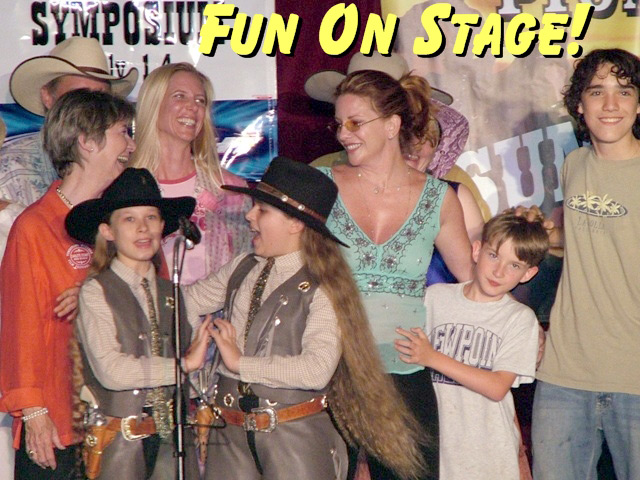 At the end of the evening, Pioneer Pepper brought the movie stars and the “Little House” stars onto the stage for a Happy Trails Tribute. It was so incredible to be on the stage with the caliber of celebrities, that were there on this historical and magical night.

But, Saturday night’s concert was a special night for The Sunset Pioneers because we released our new CD “BALLADS OF THE TRAILS” during this performance! It was such a thrill to be able to release the CD at this unforgettable evening. 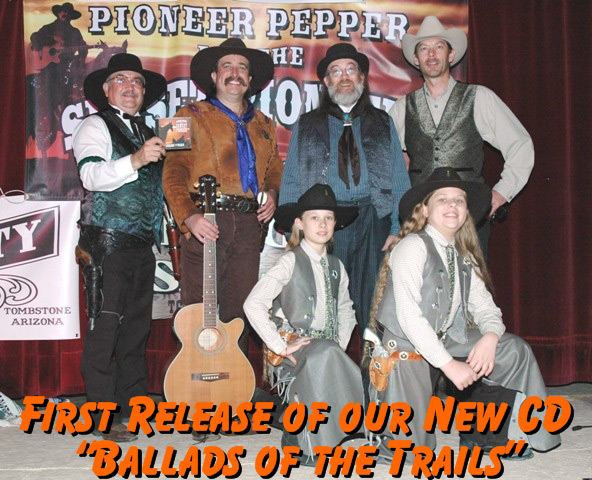 When the show was over, The Sunset Pioneers signed autographs for over an hour. Cassandra and Calena said it was “Just amazing”! And amazing it was to be a part of this once in a lifetime event. I thank my friend, Jim Clark for taking the incredible amount of time to put something of this magnitude together. Great Job! 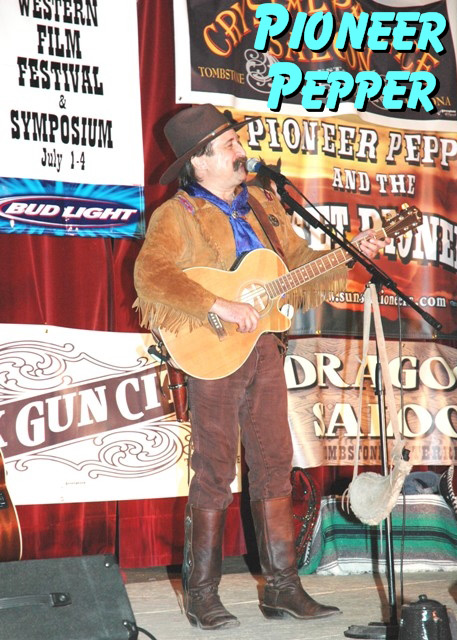 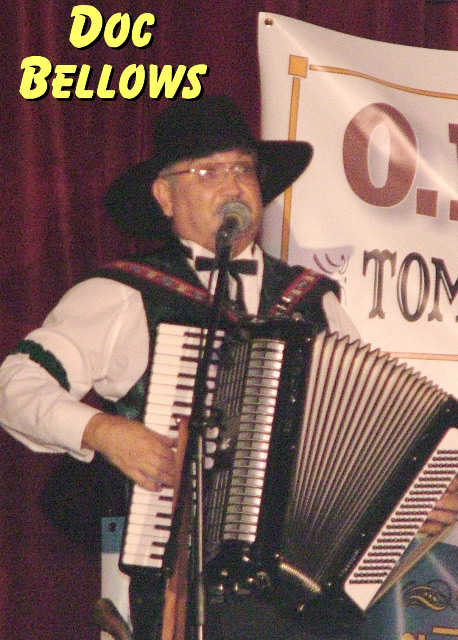 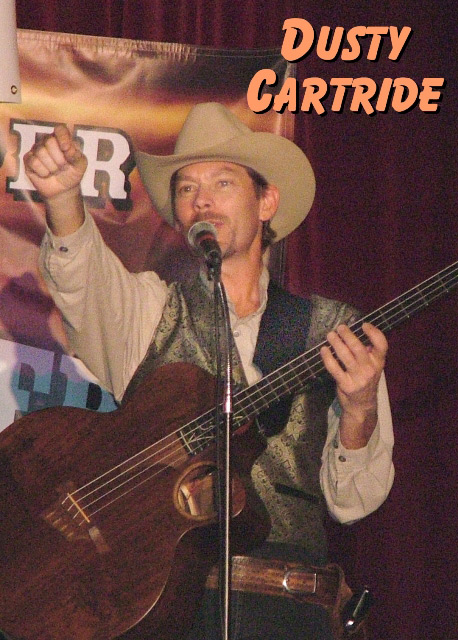 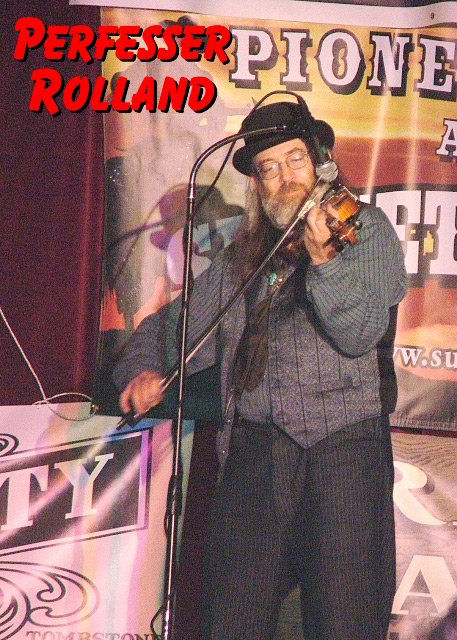 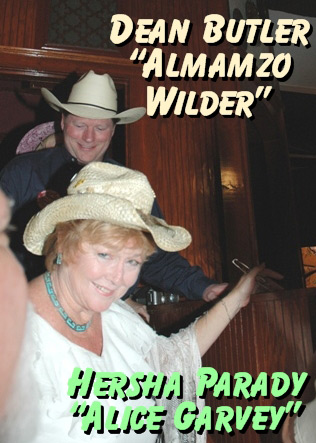 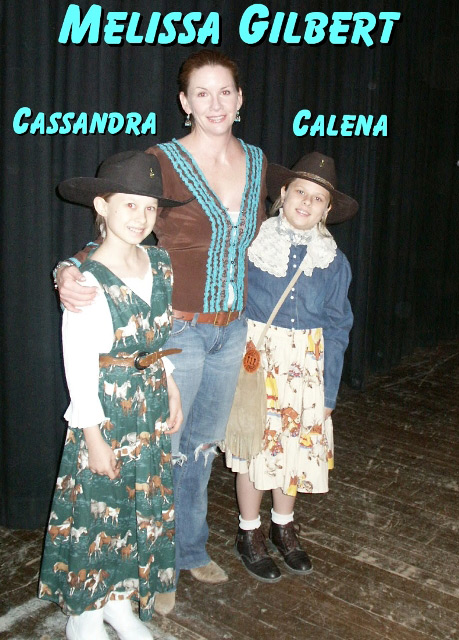 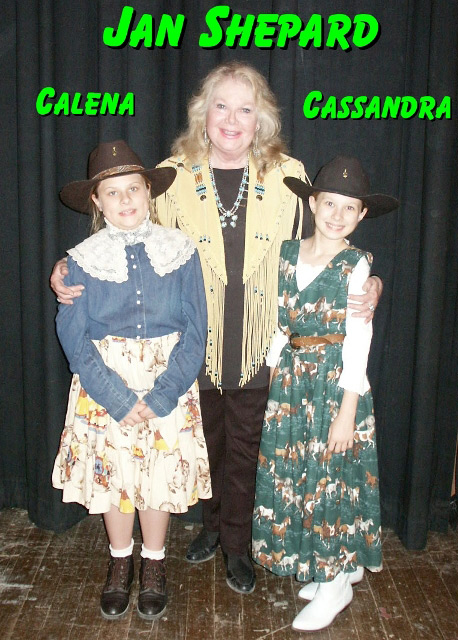 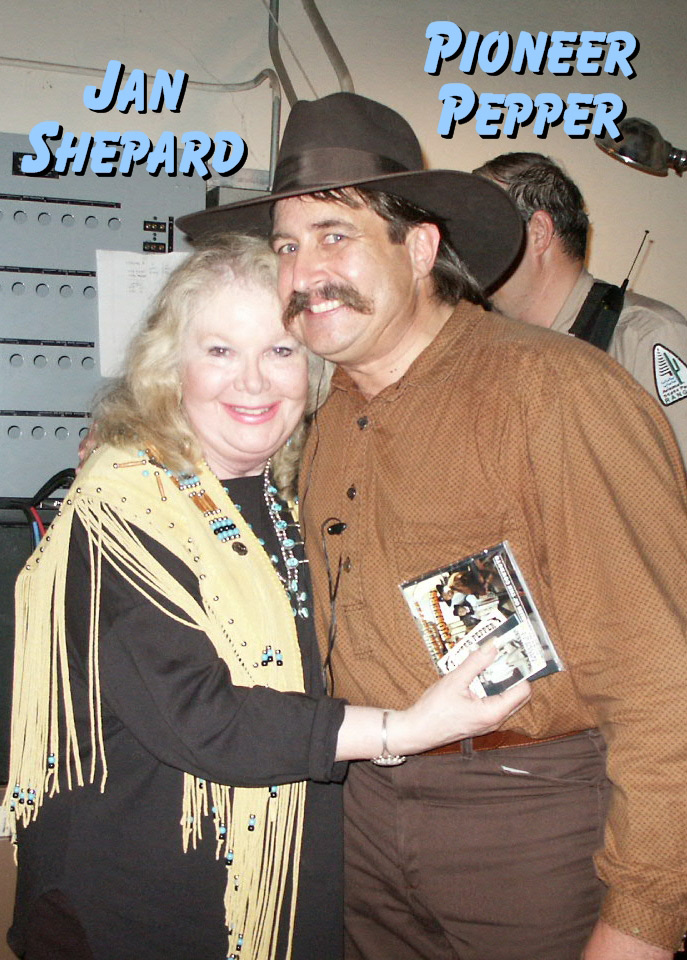 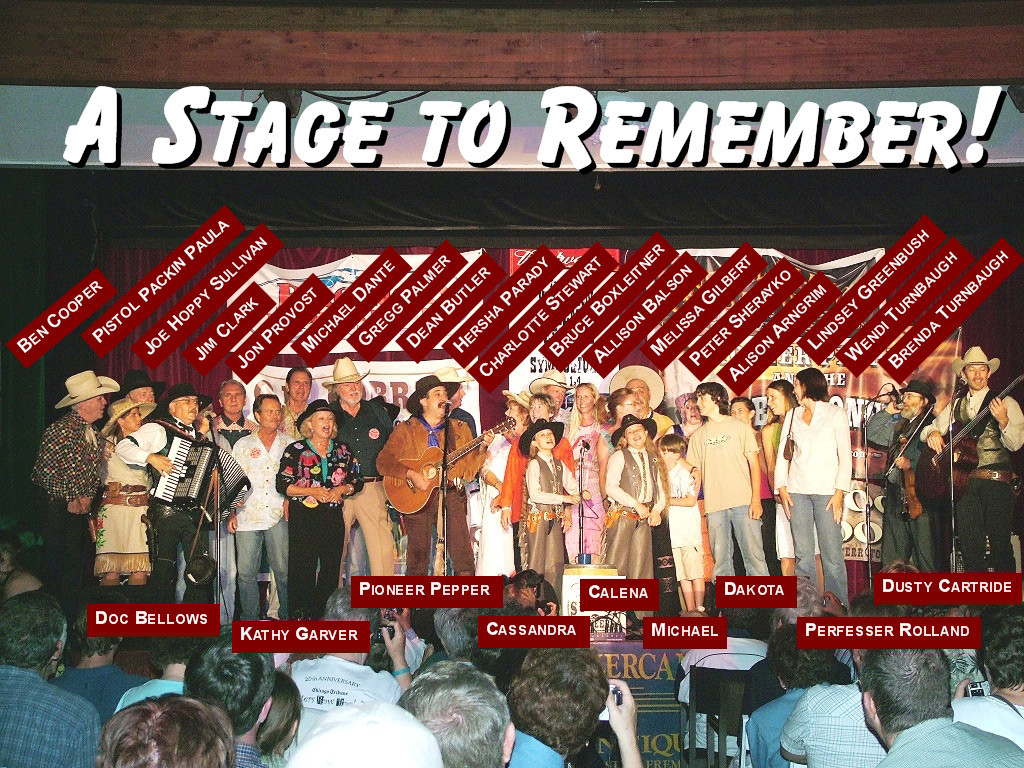 While in Tombstone, The Sunset Pioneers stayed at an absolutely wonderful bed and breakfast, The Wild Rose Inn. Thanks for making our stay so comfortable and warm. We sure appreciate your hospitality!

The Sunset Pioneers were not able to be at the festival on the final day, Monday July 4th, as we had to leave and ride up to Gilbert Arizona to perform for over 20,000 people at the Gilbert Old Fashion Fourth of July Celebration. 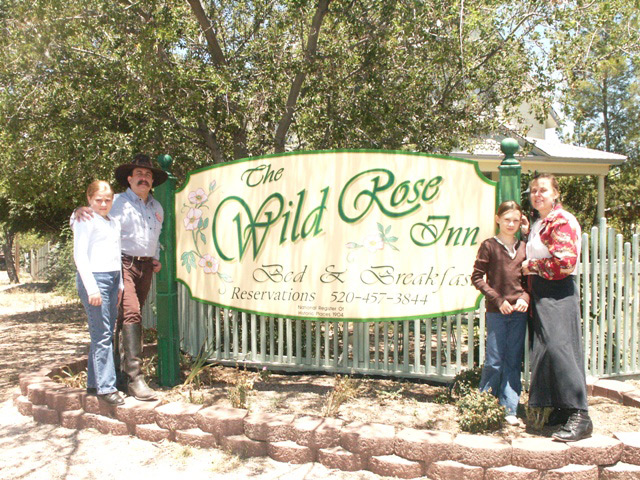