You are here: Home › About › Cassandra 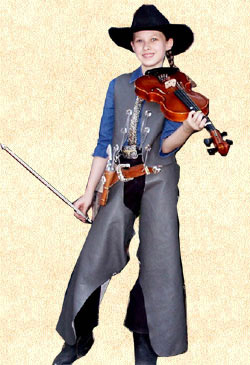 Born in ’93, Cassandra has become quite the talent on stage with The Sunset Pioneers, as well as throughout the entertainment industry. She sings like a nightingale, plays the fiddle like a seasoned pro, plays the piano, and dances to boot.

Cassandra got her taste of the stage when she was just 2 years old, performing at her first piano recital. She has since been in countless performances with singing, fiddling, piano playing, has been in 9 acting roles on the stage, and has graced the floors with her incredible dancing skills.

Cassandra began singing with The Sunset Pioneers in 2000. In 2004 she added the fiddle to the act and there is no telling what she will add next. With her younger sister, Calena, by her side, they have had the opportunity to entertain thousands upon thousands of people, and have met so many wonderful folks along the trail. 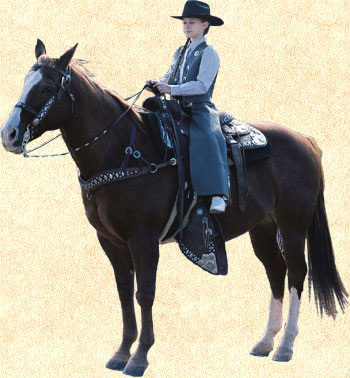 Some of the thrilling moments have been, filming a TV series with the BBC-TV out of London called “Only in America”, playing for the “Little House on the Prairie” TV show reunion at the Western Film Festival, and becoming the official town balladeers of the fastest growing city in the USA, Gilbert AZ.

Cassandra’s Pa is Pioneer Pepper, and he calls himself, “the most blessed Pa in the world”, because he has his “little girls” sharing the stage with him.

Cassandra has the gift of talent, and it sure shows when she is applying that gift on stage.