BBC-TV Show “Only in America”

LOVELY! BRILIIANT! That’s the kind of time we had while filming with the BBC-TV for the TV series “Only In America”. 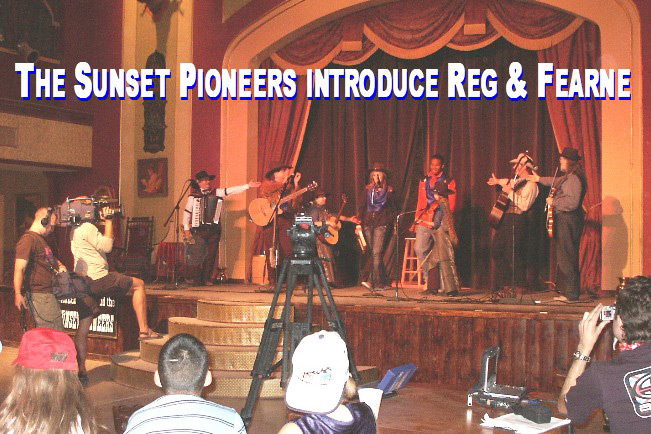 It all started with a phone call from across the pond in April 2005. Sarah West, from the BBC, called and wanted to know if we could film for a new TV series coming out in the Fall of 2005. She was a delight to talk to and we were able to get the ball rolling pretty quickly with all the details to confirm our spot on the show. Once we were confirmed for the western segment of the 10 part series, the real fun started. I had to write our performance segment and look for a site for filming, that would fit into the producer and director’s vision for the show. It was a neat process to be involved in. With the ideas pretty much down, the next step was to finalize the actual filming sequences to follow the story lines. 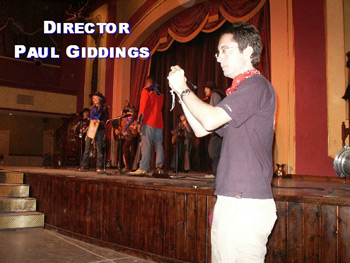 It was now time to meet face to face with the director, Paul Giddings, and researcher, Ruth Mills, to iron out all the details. They flew in from the BBC and met me at the Old Tucson Studios, where it was determined we would film our segment of the program. Paul and Ruth were both absolutely wonderful to work with and we had a great time from moment we met. We spent the day at the studio, going over locations where to film, and sharpening the story line to our show, so everybody had a good idea of how the format was to flow. A week later we were scheduled to shoot. 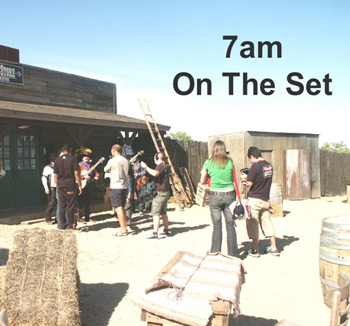 The day of the shoot was absolutely brilliant. Now I picked up a few new words in my vocabulary from our allies across the pond. Brilliant and lovely, were two of our favorites, and for weeks after the shoot we were still saying them! BBC films the wild west for our friends across the pondWe started shooting at 7AM!! This was coming from a show the night before, so I do have to mention that the good ol’ cowboy coffee was flowing like a flooded stream after a monsoon storm. The first 3 hours of filming was done on a closed set and this is when we first met the hosts of the show. Fearne Cotton and Reggie Yates were the TV stars and presenters of the series. It was fun to watch them work and they definitely looked great in their cowboy clothes. We outfitted them with cowboy hats, cowboy scarves, and then gave them their instruments that they were going to need to perform with us, on the stage segment of the show. Fearne got the washboard and Reg got the spoons.

Paul, the director, wanted Cassandra and Calena to be the ones to teach Fearne and Reg how to play “cowboy” style. It was a hoot! They performed brilliant (there’s that word again). Once all the backstage and onstage instructions were filmed, we were ready to open the doors for 3,000 kids that attended Old Tucson Studios, and start the show. We filmed for several more hours, doing our performance segment over and over so the camera crews were able to get all the angles and material that the director wanted. The creative process was really an interesting thing to watch. I love the behind the scenes kind of stuff. The filming ended in the late afternoon and we were back at the ranch later that evening. 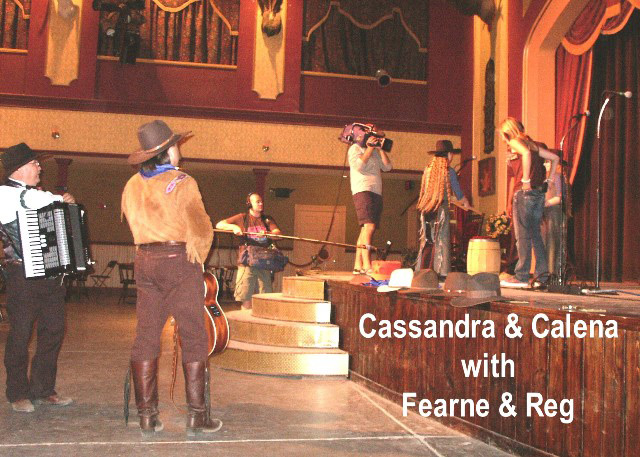 It was a 16 hour day for The Sunset Pioneers, but, it was so packed full of exciting memories for us. We certainly enjoyed the royal treatment from our new friends across the pond in England. A special thanks to all the folks at the BBC-TV in London. I also want to thank all those at Old Tucson Studio. It was great to be on your set. 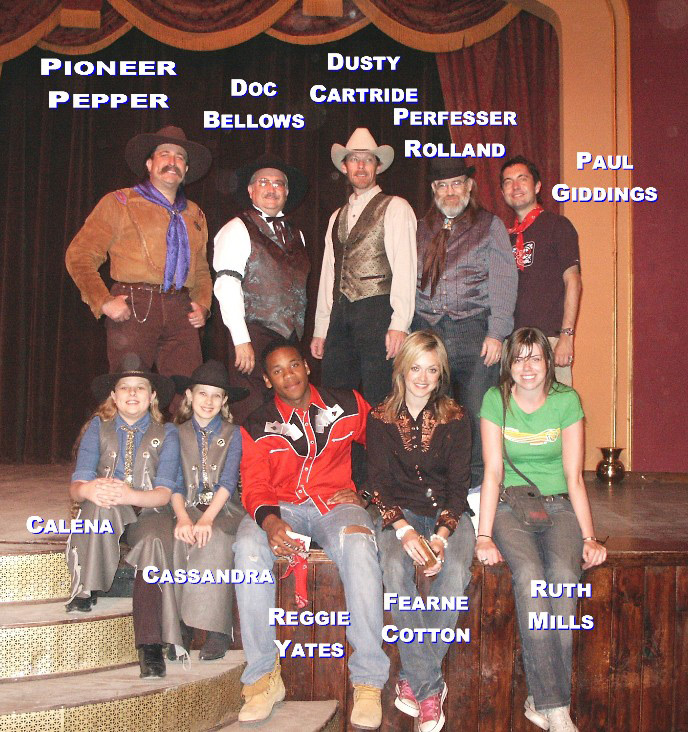 Once agin I do want to thank the director Paul Giddings, researcher Ruth Mills, the hosts Fearne Cotton & Reg Yates, and the film crew, you were just so lovely and brilliant to work with. My hat is off to all of you!